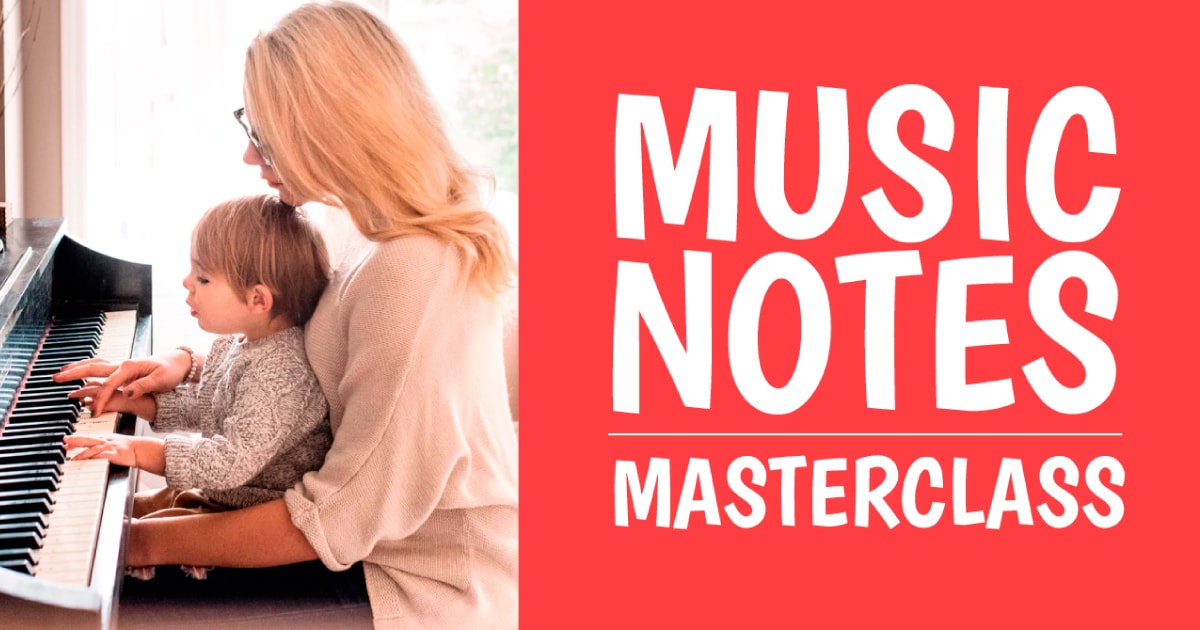 Learn the musical notes with an unforgettable video. Learn the piano notes, including 24+ music notes names like A, B, C, Do, Re, Mi, sharps and flats

Before we begin learning the musical notes and the piano notes, take a look at some links related to this lesson:

In this lesson, you will learn the musical notes. The easiest way to learn this subject is using a keyboard or piano. It doesn't matter if you prefer other instruments; we’ll use the music keyboard because it’s an excellent visual tool for understanding music theory.

The piano notes are easy. On a piano keyboard, each key represents a musical note. To the left we can play lower pitches, and to the right we can play higher pitches.

Let's learn the musical notes of the white keys starting from A: A, B, C, D, E, F and G. It's simple because it's the alphabet from A to G. As you can see, the key after G is A again because it's the one before the last black key in the group of three black keys.

Although the same note names are repeated several times on a piano, their sound is not exactly the same. All the notes that have the same name, for example any A, compared to any other A, have a similar sound, but they don’t have the same pitch. Don’t worry if you don’t hear the similarities between two notes with the same name but different pitch. With time and practice, you can learn to understand their differences and similarities.

The notes from A to G are easy, but you should also be able to say the notes backwards fast: G, F, E, D, C, B, A. Learning this will be useful in the future when you play descending melodies. It’s also useful to learn the sounds of the notes. It doesn't matter if you don't have a good voice, just try to sing as in tune as possible, and try to memorize the sound of each note. If you start from C and sing all the notes to the next C, the sound of the notes will be easier to remember because that is the C major scale, which we will learn in a future lesson. Try to sing: C, D, E, F, G, A, B, C, B, A, G, F, E, D, C.

Now let's learn the names of the black keys. This is easy if you understand that in music, the same sound can have different names. Each black piano key can represent at least two different musical notes.

For example, the first black key after A is A sharp. Let's say that sharp means the closest higher note. So A sharp is the note after A. That same black key can also be calledB flat, because flat means the closest note lower, and as you can see, this black key is just before B. In music, we use the term “enharmonic equivalents” (or “enharmonics”) to refer to different note names that apply to the same sound. The notes A sharp and B flat are enharmonics because both sound the same but have different names. Sharps and flats are known as accidentals because they alter the sound of the base note. Don't forget that sharp means higher and flat means lower in pitch.

Let's continue learning the black keys. It's easy: we just keep using accidentals. When you look at the piano keyboard, you’ll notice that there’s no black key between B and C. This means B sharp has the same pitch as C because C is the note that follows B. Also, C flat has the same sound as B. Some people may tell you that B sharp and C flat don't exist because there is no black key between them on the keyboard. That is just wrong, believe me—B sharp and C flat do exist, and they are used in music.

The names of musical notes can also be represented using syllables, as Do, Re, Mi, Fa, Sol, La and Ti. Some languages use Si instead of Ti. These musical note names match the C major scale, the one we sang before. That means that:

If you’re having trouble learning these names, listen to the Do-Re-Mi  song from The Sound of Music.

You may be wondering why we use so many names for the same sounds. If you think we should only use one name per sound, congratulations, because that would be a great idea. The problem is that the whole history of modern Western music has been written using these note names. It would be too difficult to change the way they have been named for hundreds of years. If you want to know exactly why there are many names for the same pitches, search for the history of musical notes and you'll find the answer.

Well done! You’ve learned the musical notes, and now you know how to find them on a piano. Let's do a quick review: the note A is the white key just before the last black key in the group of three black keys. The notes of the subsequent white keys are B, C, D, E, F, G and then A again,although the second A is higher in pitch than the first A. The notes on the black keys are named using accidentals, that is sharps and flats. Sharp means the closest higher note, and flat means the closest lower note.

Finally, I just want to clarify that these musical notes are the most popular in the world and are used in almost all the popular music we hear today. However, some other cultures use different tuning methods and ways to organize sounds. All the music theory we discuss in this course is based on the musical notes learned in this lesson.

I recommend playing the virtual piano or online keyboard available from Session Town. Try to compare the sounds of the notes that have the same names in different pitches. Have fun making music with this keyboard, and memorize all the musical note names on the piano.

Next lesson: 3. The staff, the musical notes and the clefs.