Hello, friends! Welcome to the last lesson in mastering rhythm. In this class, you will learn everything about time signatures and meter in music. The best part is that we will use fragments of popular music. If you haven't completed the previous lessons about note values, I recommend that you go watch them carefully or you might not understand the content of this class. The idea of this music theory course is that you follow all the lessons in order.

As we have seen before, the foundation of rhythm are the beats. The natural accents in music let us divide beats into strong or weak beats. Strong beats are useful for organizing music in measures. So far, we have counted to four before beginning each exercise, and each measure was formed by four beats. The first beat in every measure is always the strongest. But music is complex, and not all music is arranged in measures of four beats.

At the beginning of the staff, after the clef, we see two big numbers, one below the other. These numbers represent the time signature or meter. The two numbers are separated by a line or slash. These two numbers are what we call a fraction in mathematics. But don't worry, this isn't an advanced mathematics class—if you know how to add and subtract, it's enough. The number above the line in a fraction is called the numerator, while the number below the line is called the denominator. Each one of these numbers means something different in music.

All the exercises so far had the number four in the denominator, which means that the quarter note is the basis for the measure. We can conclude that 4/4 means that we need four quarter notes to complete a measure. Sometimes you can also see an uppercase C instead of a fraction in the time signature. This is known as common time and is identical to 4/4.

In "Jingle Bells," each measure has a length of four quarter notes, and each beat has the same duration as a quarter note.

A 3/4 time signature means that we need three quarter notes to complete a measure. It also means that there are three beats per measure. We can set the online metronome available at sessiontown.com to produce accents every three beats by changing the number in the "accent each" column. Then, set the tempo at the desired speed and click on the play button to start the metronome.

A 3/4 time signature means that we need three quarter notes to complete a measure. It also means that there are three beats per measure. We can set the online metronome available at sessiontown.com to produce accents every three beats by changing the number in the "accent each" column. Then, set the tempo at the desired speed and click on the play button to start the metronome.

"Happy Birthday" is in 3/4 and has an anacrusis. Remember to count to two and begin on the third beat.

The following song is in 5/4, which means we need five quarter notes to complete a measure and there are five beats per measure. I'm sure you will recognize the song:

It's the Mission Impossible theme. Now you try with the metronome. Keep in mind that you have to count up to five.

Before continuing with more examples, I want to teach you something first. It's a little variation to the eighth notes that we call swing or shuffle notes. To understand this subject, we need to review eighth notes as we have seen them so far:

As you already know, each eighth note has exactly the same duration. Do you remember triplets? These are three eighth notes per beat. Let's hear how they sound:

This rhythm is known as swing or shuffle eighth notes. Some experts say there is a slight difference between shuffle and swing notes. They also say it is impossible to write this rhythm on a staff because different musicians can play the second eighth note a little different depending on how they feel the rhythm. All that might be true, but right now, I just want you to think of swing or shuffle notes as you see them on the screen.

Many compositions and styles always play eighth notes like this and not in a straight way as we have seen them before, where each eighth note is evenly divided. But writing the notes as you see them on the screen during a whole song would seem complicated. Call it style, manners or simply laziness, but every time a song uses swing or shuffle eighth notes, we simply write them as straight eighth notes and then add an indication at the beginning of the score. The indication you see on the screen means that eighth notes should be played like the ones from the previous example.

The following example sounds the same as the last example. It uses swing or shuffle eighth notes. The first eighth note in each beat takes a little longer than the second one:

Continuing with meters, the following example uses a 7/4 time signature. This means that we need seven quarter notes to complete one measure and the note value that represents the beat is the quarter note. Pink Floyd's "Money" uses a 7/4 time signature and has shuffle eighth notes. Remember that staccato notes should be played for a shortened time.

Count up to seven beats before you begin with the rhythm. Remember that in shuffle notes, the first eighth note should take a little longer than the second one on the same beat.

So far, the denominator has always been 4. Let's try with the time signature 2/2. The denominator means that the note value is the half note. The numerator means that we need two half notes to complete a measure. When using the time signature 2/2, the duration of one beat is represented with a half note, so each measure has two beats. If half notes have a duration of one beat, it means that all the note values should last half the duration compared to how we have used them before. Therefore, the whole note will last two beats, the quarter note will last half a beat, and so on. This time signature is known as "alla breve," and it can be indicated on the staff using a capital C with a vertical line through it. Let's hear an example:

This time signature can be read as 4/4 because the total size of each measure is the same. But it is important to interpret and perform the music as it is written. The 2/2 signature [U1] means two beats per measure, which means a strong beat is followed by a weak beat, while 4/4 means a strong beat is followed by three weak beats. My opinion is that music in 2/2 can be rewritten using 2/4. That way it would be easier to read and the intention of the beats would be the same. But a lot of old music, especially marches, was written using this time signature, so it's important for you to learn about it.

All the time signatures we have seen so far are known as simple meter because each beat is naturally divided into two equal parts. For example, 4/4 uses the quarter note to represent one beat, and each quarter note is divided into two eighth notes. Although you learned before that we can use triplets to represent three notes per beat, triplets are an exception. What is common for 4/4 is to divide each beat into two eighth notes. The 2/4, 3/4, 4/4, 5/4, 7/4 and 2/2 signatures are simple time signatures because each beat can be broken naturally in two equal parts, and the unnatural thing would be to break each beat into three equal parts.

We'll use the time signature 6/8. The denominator indicates eighth notes. The numerator indicates that we need six eighth notes to complete a measure. The difference with this type of time signature is that each beat is not represented by an eighth note. In 6/8, each beat is represented by a dotted quarter note. You might be thinking that I'm crazy, but hang in there, with the examples you will notice that it makes sense. A dotted quarter note has the same duration of three eighth notes together, so in 6/8 we have two beats per measure. Let's hear the example:

Another compound meter is 9/8. It means we need nine eighth notes to complete a measure. But remember, in all compound meters the beat is the dotted quarter note. Therefore, in 9/8 there are three beats per measure. Bach's BWV 147 is a composition using 9/8:

Another example of a compound meter is 12/8, where 12 eighth notes are needed to complete a measure. Again, the beat is the dotted quarter note, so there are four beats per measure. Let's hear an example. This is Chopin's Nocturne in Eb.

Odd meters can have any number in the numerator. For example, 13/16 would be a time signature with 13 sixteenth notes per measure. To know the number of beats of this type of meter, we would have to hear the composition or look at the score to find how the beams organize the note values.

For example, the time signature 7/8 means that we need seven eighth notes per measure. But we can arrange the eighth notes in different ways. One way could be the following:

Look at how the beams group the eighth notes to determine the number of beats. In this case, we have three beats per measure. The first two beats in each measure behave as simple beats because they break into two eighth notes. The last beat in each measure behaves as a compound beat because it is divided into three eighth notes. This type of time signature creates irregular beats. In this case, the metronome should make a sound with each eighth note and not with each beat to make it easier. When counting, it is better to count the eighth notes because they are constant but the beats aren't. You can count one – two, one – two, one – two – three. This way, every time we say one, a beat is starting.

I recommend that you search sheet music for your favorite music. Each song you read will teach you something new. You can also try to write your own rhythms. The software used in these lessons is called MuseScore, and you can download it free from musescore.org. There you can also find videos to learn how to use the software.

I hope you have learned a lot through these lessons about reading and writing rhythm. In the following lessons, we will continue learning the basis of music theory so you can understand the music you love and so you can write your own music. 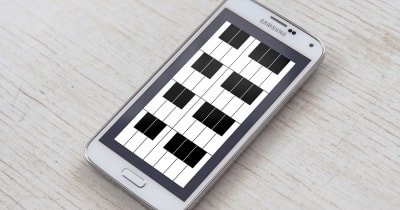 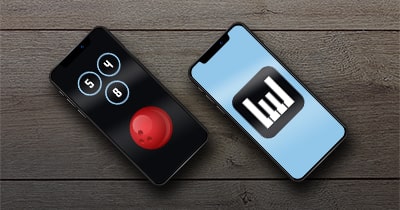 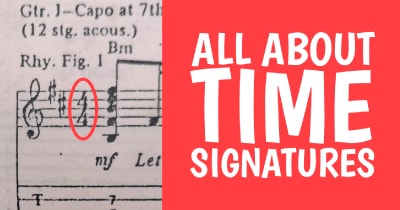